Everybody experiences stress and worry sometimes. That’s normal and can be healthy. But when it gets out of hand and starts negatively impacting your daily life, that’s not helpful! We’ll discuss several individual herbs used in the treatment of anxiety and the research behind them, and we’ll offer a few example formulas. Always seek the services of a qualified health practitioner.

Ginkgo influences several chemical messengers or neurotransmitters involved in mood, including dopamine and serotonin. Placebo controlled clinical trials demonstrate that ginkgo extract significantly reduces symptoms of anxiety in those who have been clinically diagnosed, and it can also improve mood.

One study concluded that Rhodiola has antianxiety effects and can have a significant impact on people’s mental status. Rhodiola is already known to benefit memory and male sexual dysfunction, but besides these properties, the herb can be used to protect against stressful situations and can help the body adapt to new obstacles. For this reason, Rhodiola is often called an adaptogen or an adaptogenic herb. Studies have shown that after being treated with Rhodiola for a period of time, people report lower levels of anxiety, as measured by clinical questionnaires.

Research also suggests that St. John’s Wort may lower levels of our stress hormone, cortisol, while enhancing the activity of GABA, a naturally occurring tranquilizer in the brain.

The herb Valerian, through its constituent Valerenic acid also helps with increasing levels of GABA, which as we’ve identified is the chief inhibitory neurotransmitter in the central nervous system. Valerian achieves this effect by inhibiting the enzyme responsible for breaking down GABA in the central nervous system of the body, which in turn leads to calming effects and the lowering of anxiety symptoms.

Certain herbs work well in combination with others, based on specific case presentations. Here are just a couple of examples.

An example formula (with extracts classified as 1:5) for chronic anxiety then might be:

An acute formula could also be considered, where anxiety is experienced in bursts or more intensely at specific times.

2-4mL at the first onset of rising anxiety

These are only examples that are used for specific case presentations. This is not appropriate or necessarily safe for you as an individual. We always recommend you seek a qualified health practitioner. 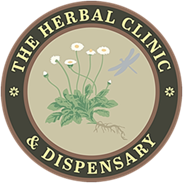